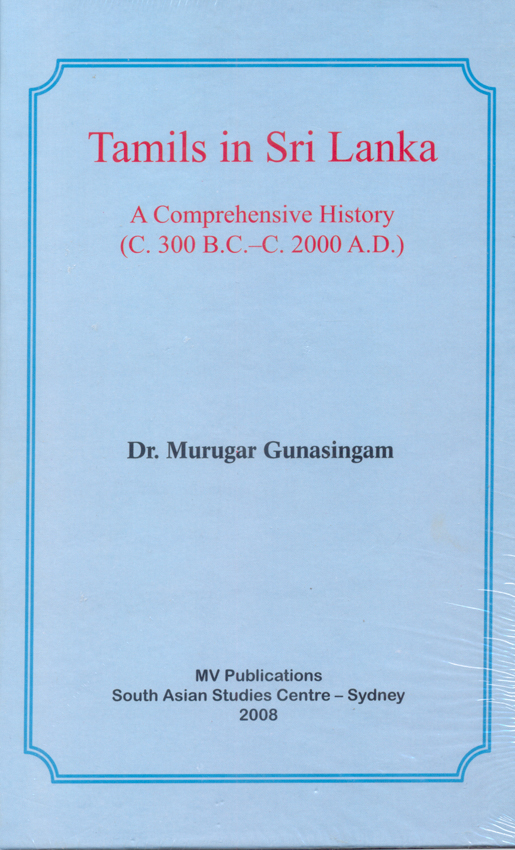 This book is a comprehensive history of the Sri Lankan Tamils, their territories, their politics, religion, language, socio-economics, art, literature and culture. Until the publication of this book, based on historical evidence, the Tamils' struggle for freedom has not been understood in its true light by those engaged in research, the majority of academics, politicians and ordinary people. The existing primary sources were not sufficient to write such an historical work. The author, in order to gather incontrovertible evidence, visited various archives, libraries, state institutions and university research centres located in the countries that are closely related to the history of Sri Lankan Tamils. These include India, Portugal, the Netherlands, Britain and the United States of America. This invaluable material has been compiled for the first time in this book. Here are some excerpts: " ... generally accept that the ancient people of Sri Lanka belonged to the Dravidian Language family and followed the Dravidian (Megalithic) culture of 'Urn Burials'. The findings of these scholars also show that there was a strong similarity between the ancient people of Sri Lanka and those of India, particularly from Tamil Nadu, Kerala, Kannada and the Andhra regions in South India where Dravidian languages are spoken." " ... that Saivaism was firmly established in Sri Lanka long before the arrival of Buddhism to the island. The kings of the Anuradapura Kingdom had been Saivaites before the advent of Buddhism." ..". Archaeological evidence shows that the ancient Dravidian people of ancient Sri Lanka, influenced by the arrival of Buddhism and the North Indian languages associated with it, gradually embraced Buddhism, its cultural traditions and the languages related to it."