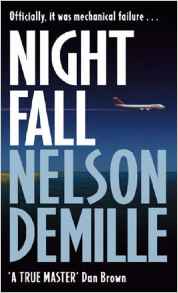 Five years after the horrific crash of TWA Flight 800 over Long Island which killed 230 people, John Corey is inadvertently caught up in the now-closed case by his FBI lawyer wife, Kate, who believes the government's findings of mechanical failure is wrong. The FBI don't take kindly to the case being looked into again and, as John Corey's instincts and investigations clearly show anomalies, he and Kate are sent off to the Yemen and Tanzania for a month or so each as punishment. On his return, John is not put off - he has ten days' leave. Ten days in which to avoid the FBI and to find that elusive video tape taken by two adulterous lovers on the beach which may - or may not - show a sea-to-air missile racing up to hit the TWA Flight 800... An exciting, edge-of-the-seat thriller - Nelson DeMille's best to date.