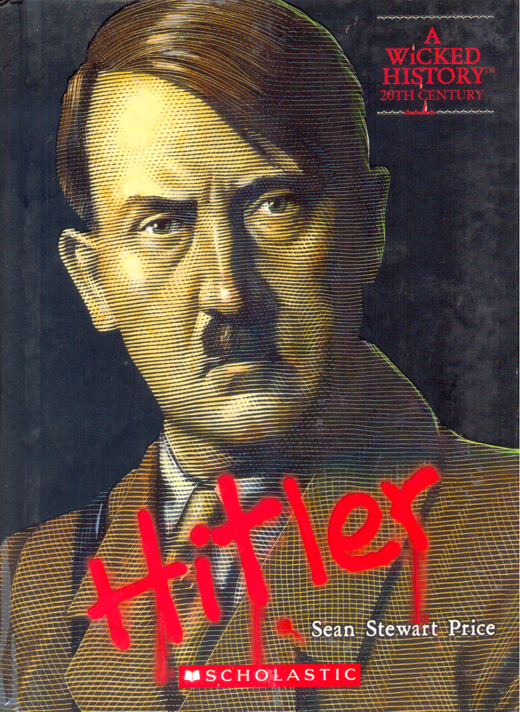 Adolf Hitler in the 1930s, A Dictator rose to power behind a racist vision so extreme that most people could not imagine the horror that lay ahead. Adolf Hitler destroyed democracy in Germany. His private army of Nazi thugs filled the streets, terrorizing Jews and anyone else he considered inferior. In 1939, Hitler started the most destructive war in history. It would take 6 years and 50 million deaths to stop this war machine. But nothing would erase the memory of this regimes greatest crime, the cold-blooded murder of 11 million people including 6 million Jews. A man many people consider the embodiment of evil, Adolf Hitler was the leader of Nazi Germany, started World War II and instigated the Holocaust. A Wicked History biography series is for people who want to know details about a figure in history. The books are for middle and high school students and teach about wicked individuals who twisted the course of history. The design is sophisticated to attract middle-school and high-school readers, yet the reading level is on target and readily accessible to readers of all levels