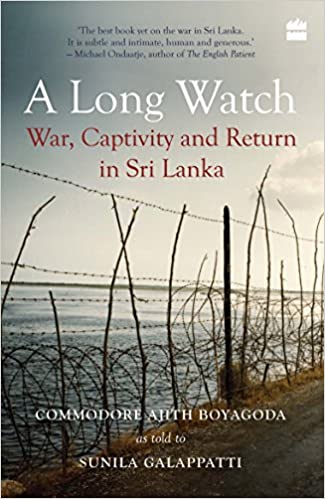 A Long Watch offers a story of human complexity amid entrenched narratives of Sri Lanka's long civil war. Pulled from a dark ocean after a battle at sea, Commodore Boyagoda became the highest-ranking prisoner detained by the Tamil Tigers. For eight years, he lived at close quarters with his declared enemy, his imprisonment punctuated by high-level talks about his fate, but also by extended conversations with his jailers and scratch games of badminton played in jungle clearings. Throughout, he observed his captors and fellow prisoners acutely, and with discreet empathy for the lives of others undone by war. A memoir retold in Ajith Boyagoda s temperate voice, his is an unblinking relation of experiences difficult, moving and ironic. From going to sea, to war, imprisonment and eventual homecoming, he accepted successive realities as ordinary, in order to survive them.