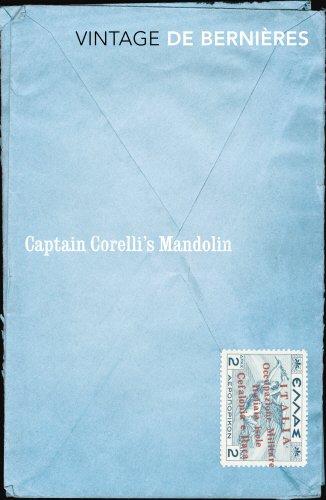 It is 1941 and Captain Antonio Corelli, a young Italian officer, is posted to the Greek island of Cephallonia as part of the occupying forces. At first he is ostracised by the locals, but as a conscientious but far from fanatical soldier, whose main aim is to have a peaceful war, he proves in time to be civilised, humorous – and a consummate musician.When the local doctor's daughter's letters to her fiancé – a member of the underground – go unanswered, the working of the eternal triangle seems inevitable. But can this fragile love survive as a war of bestial savagery gets closer and the lines are drawn between invader and defender? Extravagant, inventive, emotionally sweeping, Captain Corelli's Mandolin is the story of a timeless place that one day wakes up to find itself in the jaws of history. The place is the Greek island of Cephallonia, where gods once dabbled in the affairs of men and the local saint periodically rises from his sarcophagus to cure the mad. Then the tide of World War II rolls onto the island's shores in the form of the conquering Italian army. Caught in the occupation are Pelagia, a willful, beautiful young woman, and the two suitors vying for her love: Mandras, a gentle fisherman turned ruthless guerilla, and the charming, mandolin-playing Captain Corelli, a reluctant officer of the Italian garrison on the island. Rich with loyalties and betrayals, and set against a landscape where the factual blends seamlessly with the fantastic, Captain Corelli's Mandolin is a passionate novel as rich in ideas as it is genuinely moving.