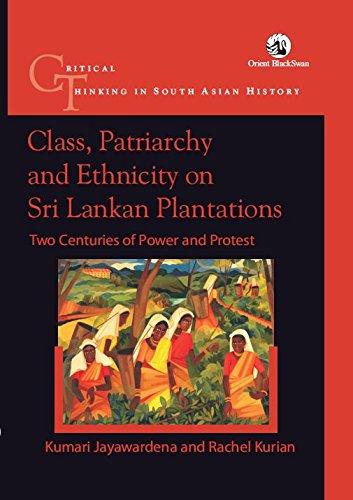 Offers an empirical labour history of the plantations of Sri Lanka, from their inception in the early nineteenth century to almost the present day, with a special focus on plantation workers (who have overwhelmingly been Tamils of Indian origin) and their struggles for economic, social and political rights. Special focus on the links between power and class, gender and ethnic hierarchies both on the plantations and outside. Plantation workers have traditionally been discriminated against economically (plantations in Sri Lanka were operated like slave plantations in the early nineteenth century) and have also been the subject of ethnic discrimination and Tamil/Sinhala conflict. Women workers have been particularly vulnerable. Traces the rising labour and political consciousness among plantation workers and their struggles for labour and democratic rights through the post-Independence period and into the twenty-first century. Particular attention paid to the role of political parties, trade unions and other pressure groups in supporting or opposing these rights.